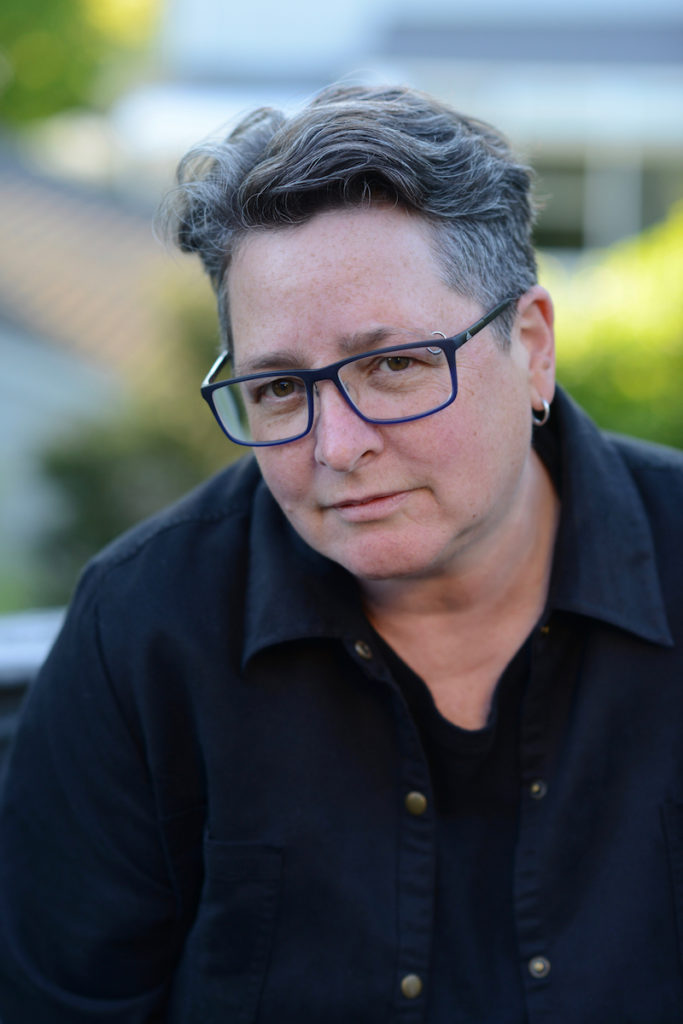 Angela Mombourquette is a Halifax-based freelance journalist who has written for such publications as The Walrus, Halifax Magazine, and the Chronicle Herald. She is also the author of the book 25 Years of 22 Minutes: An Unauthorized Oral History of This Hour Has 22 Minutes.

She has been working recently as an instructor with the King’s Faculty of Journalism and is starting a job as the non-fiction editor at Nimbus Publishing in January.

Angela won the 2018 Dave Greber Freelance Writers Award for the UC Observer feature “Why P.E.I. didn’t provide abortions for 35 years.” She took the time to speak with Story Board recently about her eclectic career, the joy of winning awards as a freelancer, and the value of bumping up your freelance skills through advanced education.

Q: How did your Greber Award-winning story come about?

A: The backstory to that piece is, in fact, it wasn’t my idea. The magazine came to me. And I had never written for them before. They were looking for a writer from the east coast who wouldn’t write about PEI as an outsider. And so they just found me by searching for Atlantic Canadian writers. So there’s a good reason for anyone who’s a writer to have a website.

The UC Observer, even though it’s rooted in the United Church, is a very secular magazine. But they do publish kind of spiritual-related things and then they also have a social justice bent. They wanted to do a story about what was happening with abortion in PEI.

A: Oh yes. I’m a feminist and I know PEI pretty well. I have relatives there and I’ve spent a lot of time there, so I was really interested in that subject. And as I started doing the research it just became more and more apparent what an incredible battle it had been over 35 years to return access to abortion to PEI. So it was an incredibly fascinating story.

And as I started digging the key source for me was a woman named Colleen MacQuarrie, who had done a study of access to abortion on PEI and what the personal impacts had been for women who had experienced the need for abortion and had had to travel off-island or who had in the end had children. So she did a study which really brought to light the human impact of those political policies.

I knew that I needed to have at least one voice of someone who had lived through that and so I was really lucky through kind of a series of contacts to find that person who spoke to me about her personal experience.

So that’s the thing that I love about writing is that you get to have these kinds of experiences that you might not otherwise get to have, and they’re really powerful experiences. And it’s important that you share those with people in ways that are not just as an outsider looking in but you’re really kind of sharing what they’re going through.

Q: For a freelancer that is quite an amazing experience, to have a magazine come to you with a juicy story and ask “do you want to write this?”

A: Oh my God, yes. It was wonderful. It felt great. It felt like, okay, I’m not just toiling away in the trenches anonymously — as we all do, you know. It’s actually quite a luxury as a writer to have a magazine say “we have this idea are you interested, do you want to do it?”

Q: That feels like one way to really achieve freelance success, is to start getting assigned stories rather than having to pitch every piece.

A: Yes that’s so true. You don’t have to do so much research before you even know whether a story is going forward. Which is a hard part of being a freelancer – you put a lot of unpaid time and labour into researching your pitches before they even go anywhere.

Q: You got a Master of Journalism at Kings in 2015. What would you say the Masters degree did for your career?

A: Well for one thing I got digital journalism skills. I was way behind on that kind of stuff. I had been really writing for print, almost exclusively for newspapers and magazines, and I had worked in magazines as an editor but I was way behind on my digital skills. So that was really a way to bump up those skills.

And it made me feel more in control of whatever I could do with my journalism. And learning how to do charts and graphs and maps and all kinds of web-related things so that was really helpful.

[Going back to school] helps you sort of elevate your career and gives you confidence that you know what you’re doing, as well.

Q: What was your education previously?

A: I had gone to Ryerson and taken Radio Television Arts and I had focused on the broadcast journalism side of things. But it wasn’t a journalism degree per se. I felt like I was a self-taught journalist in a way.

I worked in a million different jobs. I had worked at the CBC over 15 years doing all kinds of different things, as a floor director, and I was a script assistant and then I was a producer of Street Cents. And over those whole 15 years I never actually had a job. It was always casual, temporary, contract.

But then the last one, when they killed Street Cents at CBC they killed my job and all my casual jobs went away, so that’s how I ended up becoming a writer. I was not working and I saw a call for story pitches for people who had stories about how government policy was affecting their lives and I had one, so I wrote it and that kind of got me launched into writing.

Q: You’ve had an eclectic career.

A: It’s true! I think that’s one of the things I really like about being a journalist and being a freelancer is that you never know what you’re going to be doing next, right?

Q: And you teach as well. How important do you think it is for freelance writers to develop that kind of stable secondary sources of income?

A: I think teaching is a great way to have a predictable income source while you’re writing. And I was lucky enough that I could focus on writing long features like I did for UC Observer.

Some of my work colleagues are crazy busy freelancers, going out all the time writing, writing, writing. I was sort of able to pick and choose the things I wanted to do, which I thought was great.

That’s also one of the advantages of having gone back to Kings to do my Masters was to get known by the people there.

I was kind of working in isolation and I wasn’t really known by the people in the journalism community so much. So I got to know the instructors. And all the people who teach in journalism are always working journalists, so I got known by them and they asked me to come and teach a couple of courses after I finished my Masters and that was terrifying but fun. And so I’ve been teaching on a part time basis ever since then.

In fact I just finished my last teaching gig there because I’m starting full time in January as the non-fiction editor at Nimbus Publishing.

Q: Congratulations! Are you going to continue writing?

A: Yeah I think so. Definitely. As soon as I get my feet under me and get a sense of the workload there. It’s a full time job, but they seem to have a very nice work-life balance approach, so we’ll see. Since I’ve been freelancing for ten years, I don’t think I’ve had a Saturday and a Sunday off in a row, you know? You can count on two hands, probably, the number of times I’ve done that in ten years — taken a whole weekend off.

So I’m used to working extra hours and I probably will still carry that through.

Q: You’ve won a couple of awards now. The latest is the Dave Greber Award. What does it mean to you to win an award like that?

A: Oh wow, it’s so wonderful. We toil in obscurity all the time, that’s what we do. And sometimes you don’t even know if people are reading what you’re writing. Because you’re not necessarily the one who gets the feedback. Maybe the magazine gets the feedback or whoever you’re working for.

So it’s really nice to get acknowledgement like that. And when Shirley Dunn phoned me, I was sitting in my car and I was just freaking out, I was so happy. Tears were falling and I was like “Shirley, you have no idea what this means to me.” And she said “oh yes I do, I lived with a freelance writer for my whole life so I know exactly what it means.”

It’s very affirming to receive an award like that.

Q: What would be your advice to new journalists or freelancers who are just starting out? What would you say are the best ways to make a go of this career?

And you can only really come to those kinds of stories by reading widely, by being really engaged, and by paying attention. So I think that’s the most important thing. Be in the world and engage and think and ask questions.