The Born Freelancer on “It’s All Been Done Before” Tuesday, February 11th, 2020 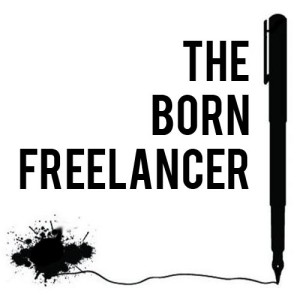 A young freelance writer I know was lamenting the other day how hard it was for her to come up with anything original. “It’s so frustrating” she said, “I mean, it’s all been done before”.

But even if true, it’s still almost always possible to come up with a fresh, new, lively take on anything.

The trick is in finding your own unique, authentic voice to do it in.

Today I’d like to talk about how to achieve this worthy goal.

Spoiler: It is a lifelong pursuit.

Most rookie creatives tend to fall into one of two camps: Those who appreciate and study (to some degree or another) the history of their chosen field; and those who plunge into it without any thought of those who have worked before them.

The latter approach certainly has strengths but also a surfeit of weaknesses.

Some writers are motivated by an innate urge to plunge forward into their craft without regard for past milestones. Whether from a deliberate disregard for tradition – or else just plain ignorance – this can be effective in the short term. You’ll avoid external influences.

The problem is you may also remain generally uninspired and subject to reinventing the wheel. What is the point in that?

Much better to have an awareness of the history of your profession and the opportunity to be inspired by its examples of excellence. Even when you choose a completely tangential approach, your direction remains informed by your knowledge.

An awareness of history

History has never been less valued by a contemporary society or so it seems to many of us. If it’s not happening now, it’s of little interest.

I can recall being bored by history classes throughout high school until an enlightened teacher showed me it wasn’t just dull lists and dates. It was the story of real life people just like me.

It became riveting to see my place in the scheme of things relative to them. It was the chance to be inspired by the thoughts and actions of others before me.

Indeed, I believe the greatest gift that the study of history can give us is inspiration.

The men and women of the past were just like us. They faced the same daily grind of existence, balancing hardships and failures, successes and lucky breaks, just as we do. But seeing how many of them spun gold out of straw can give us the inspiration to try something similar but different ourselves.

Inspiration is, of course, a stern taskmaster.

It requires hard work and dedication. And the results are never guaranteed.

It can also be a double-edged sword.

A fellow freelancer once told me, in all seriousness, that it was all well and good for me to speak of seeking inspiration in the past. The trouble with my approach was that all the best writers intimidated him. Since there was no way he’d ever be as good it shut him down creatively and caused him endless writers’ block.

As a result, he’d eventually decided to only use “B List” writers from the past as his inspiration. Writers who never achieved greatness but who still worked and made a decent living.

At first I failed to understand his position. It seemed defeatist and self-limiting.

But as the years rolled by, and he continued to make a living while many more idealistic colleagues fell by the wayside, I realized he’d found an invaluable form of inspiration that worked for him.

For the record, it is not an approach I would personally choose. However, I make my recommendations with full knowledge that inspiration can come in many shapes and forms. To each their own.

For me, professional inspiration is best found in the excellence of work by others in the past.

These works are beacons from the past, showing us where our profession has come from and how we might proceed within it.

They can also be thought of as mountains for us to conquer and occasionally blow up. But by learning about them we are best able to envision and aspire to exciting future possibilities.

How to study history

My young writer colleague is currently away at university studying film and media. This is a great way to learn. But not everyone can afford it. Nor is it the only way.

As an example, the public library is an amazing resource. It is a free portal to the past and consequently to your future.

Its books, DVDs and related resources contain so much inspiration that would take several lifetimes to go through. But there is no need to be overwhelmed by it. Just go and find what resonates with you.

Keep being inspired by your heroes. Keep learning about them and others like them and their work.

At first you will write in a manner that is highly derivative. In effect you will be copying them.

We all go through this phase.

But if you keep at it you will emerge, eventually, with an approach that manages to synthesize all of that with something of your own.

Ultimately, and at your own speed, you will achieve your own authentic voice. A voice informed by your past inspirations. Even if it is by the final act of casting them firmly aside.

By then you will be ready to take on almost any subject and make it truly your own.

The lament “it’s all been done before” is one that almost all of us can appreciate and understand.

Acknowledging the truth of it need not prevent you from moving forward and attempting to create new excellence that may one day inspire future generations.

It is, it seems to me, the ultimate challenge for us to bravely accept and strive to overcome for the rest of our working lives.